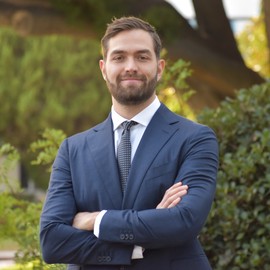 Welcome to my personal page! I am a Lecturer (Assistant professor) at the University of Bristol, where I started in September 2022. I received my PhD in Economics from the University of California, San Diego. My research focus is in Econometrics and Policy Evaluation. I study how to robustify causal inference procedures against data limitations that typically arise in applied economic research.

This paper studies the robustness of estimated policy effects to changes in the distribution of covariates. Robustness to covariate shifts is important, for example, when evaluating the external validity of (quasi)-experimental results, which are often used as a benchmark for evidence-based policy-making. I propose a novel scalar robustness metric. This metric measures the magnitude of the smallest covariate shift needed to invalidate a claim on the policy effect (for example, \( ATE \geq 0 \) ) supported by the (quasi)-experimental evidence. My metric links the heterogeneity of policy effects and robustness in a flexible, nonparametric way and does not require functional form assumptions. I cast the estimation of the robustness metric as a de-biased GMM problem. This approach guarantees a parametric convergence rate for the robustness metric while allowing for machine learning-based estimators of policy effect heterogeneity (for example, lasso, random forest, boosting, neural nets). I apply my procedure to the Oregon Health Insurance experiment. I study the robustness of policy effects estimates of health-care utilization and financial strain outcomes, relative to a shift in the distribution of context-specific covariates. Such covariates are likely to differ across US states, making quantification of robustness an important exercise for adoption of the insurance policy in states other than Oregon. I find that the effect on outpatient visits is the most robust among the metrics of health-care utilization considered.

This paper studies the implication of a fraction of the population not responding to the instrument when selecting into treatment. We show that, in general, the presence of non-responders biases the Marginal Treatment Effect (MTE) curve and many of its functionals. Yet, we show that, when the propensity score is fully supported on the unit interval, it is still possible to restore identification of the MTE curve and its functionals with a appropriate re-weighting.

This project focuses on the exercise of comparing coefficients across regression specifications, broadly known as robustness checks, a very popular tool in applied economic research. The econometric literature has proposed to formalize this coefficient stability exercise in linear models by turning robustness checks into a robustness test. Unfortunately, for available procedures, a rejection in their proposed test may be due to either a failure in the notion of robustness or to a failure of the linearity of the model, making the robustness test non-specific. I bypass this difficulty by proposing a semi-parametric test based on linear sieve estimators that allows for non-linearity and is specific to testing the coefficient stability.

The classic Arrow-Debreu (1954) general equilibrium model cannot sustain or account for the existence of money. This lacuna arises because each household and firm faces a single budget constraint summarizing revenue and expense in all commodities. Money, a carrier of value between transactions, has no function when all credits and debits are rolled into a single expression. A trading post model of $N \geq 3$ commodities and transaction costs generates \(\frac{1}{2} N (N-1) \) separate budget constraints with distinct bid and ask prices. General equilibrium, market-clearing prices and transactions at each trading post, exists under conventional continuity and convexity conditions. Commodities acquired by an agent at one trading post and disbursed at another constitute commodity money.

A thick market external effect is applied to a trading post model of \( N\geq 3 \) commodities with transaction costs and distinct bid and ask prices. We state and prove an existence theorem for general equilibrium with external effects in the trading post model. Media of exchange occur endogenously as liquid commodities, characterized by a narrow bid/ask price spread. The thick market externality can lead to concentration of the endogenously determined media of exchange towards an equilibrium with a single medium. In a class of examples, we show that if the households have sufficiently heterogeneous tastes relative to the size of the economy, the monetary equilibrium leads to higher consumption than the barter equilibrium.

As Instructor of Record:

ECON 120A: Introduction to Econometrics

Check out the Syllabus I designed for Introduction to Econometrics.

“The learning environment that he provided for us was above and beyond expectations. He is easily reached in and outside of class and he makes learning this difficult material easier to understand”

“I really enjoyed having Pietro as an instructor. He promotes a fantastic learning environment and truly understands the content he teaches. He is one of the best instructors I’ve had so far, especially in terms of caring for his students”

ECON 120A: Introduction to Econometrics

ECON 120B: Introduction to Econometrics

“Pietro’s sections are a joy. I especially enjoy it when he solves qual questions. Keep it up!"